watch
testimonies
Gospel of Grace Heals a Single Parent’s Heart and Brings Daughter Home
I have struggled with my daughters’ rebellion for the last 4 years. A year ago, my elder daughter even moved out of the house. Despite numerous efforts to rescue them from bad influences, they were futile.

I tried pleading, threatening, reasoning and even had cold wars with them. Other times, I reminded my children of the sacrifices I made to bring them to Australia for their studies despite being a single parent. However, nothing worked.

Seeing that it was unfruitful, I then tried the soft approach. I tried to be gracious and kind in spite of their rude behaviour and disobedience but I ended up angry and disappointed. I was sending them mixed messages and they were as confused as I was! I was a wretched mess!

There were days when the spirit of condemnation was so strong and real that I thought of killing myself. Only then did I understand first-hand what I could not understand before about how condemnation kills.

One day, I finally told the Lord that I couldn’t do it anymore and asked Him to take over parenting my daughters. My breakthrough came when an old friend gave me Pastor Prince’s teachings and I started my grace-marathon!

I listened to the sermons day and night, and finally surrendered my children to Him.

As I began to practise God's unfailing love for me and my daughters, I partook of the Holy Communion almost daily and thanked Him for the gift of righteousness. I was reminded that Jesus is THE SOURCE of grace and the only power of love that can bring any tired, weary and wayward child home. I meditated on Isaiah 53:4 and proclaimed that as surely as He has borne our grief and sorrows, all hurtful and painful memories have also been taken up at the cross.

One day, I invited my elder daughter to watch a powerful sermon with me. After the sermon, we shed a few tears and even partook of the Holy Communion together for the first time as mother and daughter! Hallelujah!

It has been three months of resting in God's supreme grace, enjoying His love and knowing that all will be well.

My eldest daughter told me two nights ago that she is moving back to stay! I am so happy and believe God is speaking to her heart! I have learnt that what the devil meant for evil, God will turn around for our good. Thank you, Pastor Prince, for sharing the gospel of grace that has set captives free!  Amen! 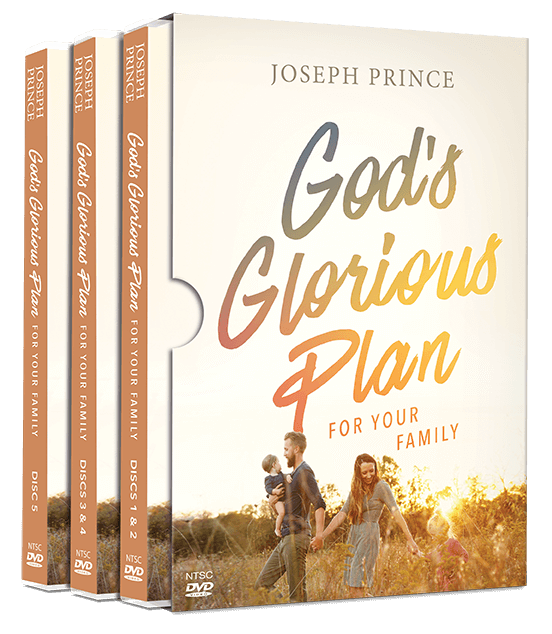 All Scripture quotations, unless otherwise indicated, are taken from the New King James Version ®.
Copyright © 1982 by Thomas Nelson. Used by permission. All rights reserved.
Handcrafted by